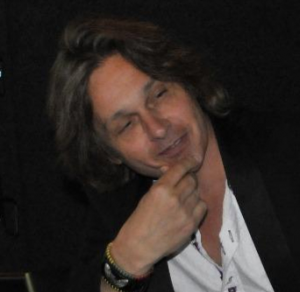 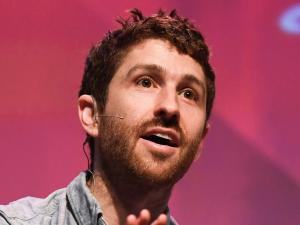 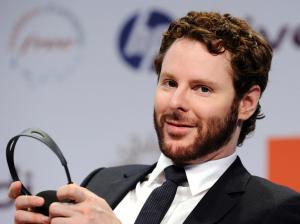 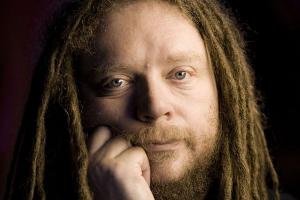 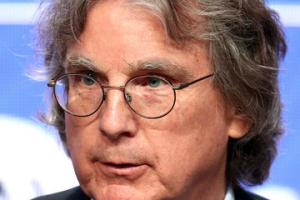 It's like all these Big Tech founders such as Sean Parker, Mark Zuckerberg and Kevin Systrom have taken their billions and washed their hands of the chaos, harm and loss of life they helped facilitate”
— Stevie Marco

WASHINGTON, DISTRICT OF COLUMBIA, UNITED STATES, March 9, 2021 /EINPresswire.com/ — On September 9th, 2020 Netflix premiered the documentary “The Social Dilemma” that featured acclaimed film maker Jeff Orlowski who took on the tech giants in a raw and revealing documentary that pulled back the covers of what the real deal is behind the multi-trillion-dollar big tech domination of the internet. The documentary was profound by informing the world of the facts and truth behind the current state of social media and its impact on society and the human race as a whole. Tristan Harris is the central figure in the film and posed a question all the participating experts were never quite able to answer, which was “What is the core problem with big tech and social media”? Also woefully deficient in the documentary was any meaningful path forward to solve the problems the film highlighted. "It's like all these Big Tech founders such as Sean Parker, Mark Zuckerberg and Kevin Systrom have taken their billions and washed their hands of the chaos, harm and loss of life they helped facilitate.", said Stevie Marco.

The Social Dilemma film featured interviews with those who were there from the start at Google, YouTube, Facebook, Instagram, Twitter, Pinterest and others with the motives and methods of big tech fully exposed. Tim Kendall, former Facebook monetization executive, was one of the architects of the business model that followed in lock step with the free model Google had pioneered, which lures consumers in for free with the devious intent of hijacking consumer data to create algorithms for targeted ads that has turned machine against man. Kendall now realizes the damage this business model has caused and admits he never contemplated the flip side of the social media phenomenon. Jaron Lanier, noted author and advocate of "Deleting Your Social Media Accounts" predicts in the documentary that if this trend of third party manipulation for profit through artificial intelligence intrusion continues, society as we know it will crumble and devolve into some autocratic societal nightmare.

Another interesting perspective came from one of the founding Facebook investors Roger McNamee, who like Sean Parker made a fortune from his involvement in building this modern-day Big Tech monster. Roger is now clear, however, that disaster is looming and the pillars of our society are being attacked in a systematic and relentless way. In the documentary, McNamee compares a supercomputer coming after your soul and pocketbook to a fight that is impossible to win.

So, what is the core problem with Big Tech and social media?

It goes back to the movie Frankenstein where the mad doctor created a monster that turned on him. This is the core problem! Computers now learn on their own and the human mind simply can't compete. In the game of chess it was once thought that a computer could never beat world champion Gary Kasparov, but it happened on May 11th 1997, over 20 years ago. Now, current world champion Magnus Carlsen won't even attempt one game against a supercomputer that is literally thousands of times more advanced than Deep Blue that defeated Kasparov. The same thing happened with the ancient game "Go" when the Google supercomputer AlphaGo decisively defeated 18 time world champion Lee Sedol in March of 2016 which shocked the world when a computer could beat a game humans had been playing for over 2500 years. A computers learning mind magnifies every day at a supernatural rate while the human mind's evolution takes thousands of years to slightly evolve.

For almost two decades now Google and Facebook have used their free service to find out everything about each of us. We are being tracked like a jailers ankle bracelets through our cell phones, social media posts and financial transactions. Every text we send is carefully monitored, every picture we look at is logged, and for how long, as our lives are tracked and fed into a network of supercomputers with humans standing in as lab rats to be financially bilked. To what end is the question? The answer is a disgusting one. Money, it's all about the money. All of this collected information is for the benefit of advertisers so they can aggressively go after us to get the biggest bang for their advertising buck. In doing so, Facebook and Google have become the the kings of internet advertising making them the wealthiest companies in the history of humanity . Eighty-five percent (85%) of all revenue coming into Google comes from advertisers. Facebook is even more dependent on advertiser revenue with ninety-seven percent (97%) of all Facebook revenue coming from advertisers.

So, how is Song fi's business model the solution to the issues raised in the Social Dilemma film?

It begins by realizing that the people are in control not Big Tech. You can decide not to use Facebook and Google and chose to use Song fi for all of your technology needs. Song fi offers people their lives back by delivering a complete suite of technology services without participating in the Big Tech data / supercomputer scam. This is their worst nightmare and highlights how exposed and out on a limb Big Tech actually is, because without people to draw in advertisers their entire business comes crashing down. In effect, they have all of their eggs in one basket, and that is a dicy position for any company to be in.

Song fi is a subscription model affordable to the masses so the people own the platform and not the advertisers. This major shift threatens the very core of Big Tech dominance. If there are no ads then there is absolutely no need to hijack your personal information to crate supercomputer algorithms that target your humanity and privacy. Computers need data to be effective and without it they may as well turn all their powers to solving the global warming crisis, or figuring out ways to feed the world in a more economical and robust manner instead of making the mega rich even richer at the expense of our privacy and personal information. In short Song fi flips the switch and gives the control back to the people while allowing advertisers to participate on Song fi in a completely new and safer manner. The Song fi model is simple, when you are ready to look for a product and service that is a choice made by a Song fi member and not some computer algorithm who invades your life relentlessly with temptation after temptation to buy something now. The business only pays the nominal subscription fee with no pay-per-click ads. With Big Tech, ads appear in your timeline every third post and on YouTube your video is interrupted every few minutes with another annoying ad. Simply stated, the Big Tech model amounts to intentional intrusion akin to some stranger barging into your home trying to sell you something during dinner.

Is Song fi's MOS-21 Multimedia Operating System better than what Big Tech has to offer?

Bill Gates in his prime was once asked who he feared most as a competitor. He answered, “The guy in his basement with a better idea and the passion to bring it to market”. Song fi is exactly the type of company to whom Mr. Gates was referring. MOS-21 is a major technology breakthrough that is not a website or app, but rather a “Multimedia Operating System” for individuals and businesses that takes the internet experience to new levels. Re-invented social media with music / video hosting, streaming, editing, sharing, content creational tools and video conferencing combine with eighteen (18) channels on the Song fi Broadcast Network “SBN” for unlimited entertainment options, all ad free. For business members, Song fi introduces a dramatically improved e-commerce solution that competes with Big Tech by bringing together product sellers and their customers in a more intimate way so businesses can take their brands back and also eliminating the huge cut Amazon and eBay take as middlemen for each online transaction.

The features and benefits of MOS-21 are unlimited, and its ease of use is refreshing in a complicated technology world. Song fi members can now enjoy a more organized and fulfilling approach to their personal, business and entertainment endeavors. A key asset of Song fi is that we are not a political platform. Everyone agrees that a line must be drawn between free speech and violations of law and Song fi will be a leader in that mission with a Terms of Service that mandates all people can voice their opinion in a robust and lawful way. Song fi is the home for the “Arts” and the “People” focusing on music, video, film, art and other forms of entertainment with a robust social media component. You can talk politics if you want, no problem, but politics does not remotely define Song fi. We have taken the best aspects of the tech monopolies and discarded the harmful things and created a better and safer online culture with bulletproof data security and privacy protections to stop the Big Tech runway train dead in its tracks through the power of the people.

So there is a solution and Song fi is the leader in bringing about much needed change or as Tristan Harris said in the documentary, "We are toast". "For the good of humanity, all of executives that participated in the Social Dilemma should be ringing my phone and assisting Song fi in fixing the mess they have created. " said Song fi Founder Stevie Marco