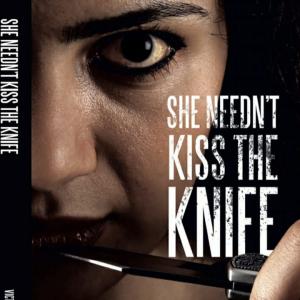 She Needn’t Kiss the Knife Cover 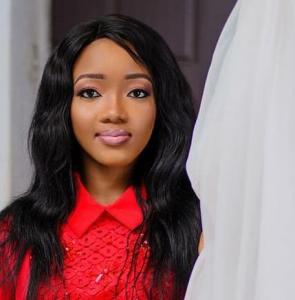 She Needn't Kiss the Knife: Nigeria's crime-fiction-future is here!

ILORIN, NIGERIA, March 9, 2021 /EINPresswire.com/ — Victoria Ifeolu’s debut crime novel; She Needn’t Kiss the Knife has dropped the mic on the debate as to whether a Nigerian work of fiction can also be a thriller. Tastefully introducing the Nigerian-in-diaspora community to the crime world, She Needn’t Kiss the Knife is a resourceful blend of cultures which prides itself in maneuverings you wouldn’t normally see in a thriller. We see the Akintoye father and mother stealing like frustrated trick-or-treaters; the Akintoye daughters either embezzling ridiculous amounts or drugging their would-be clients for the night, and most importantly, we see Lola, the virgo intacta prostitute having to endure quotidian spousal rape, having been forced by her parents to marry Justice Cliff in exchange for the sustenance of their family’s stubborn American dream. Lola doesn’t find happiness until the handsome Neil Samuel comes into the picture and vows to join her in her felon-freeing revenge.

Ifeolu’s inspiration was the amazement in seeing how the I-want-to-be-a-Doctor childhood dream evolved into an I-want-to-go-to-America ambition when her generation of Nigerians became teenagers. This book is a result of her going the extra mile in wondering what lengths people could go to for the sole desperate purpose of actualizing their goals to live in “God’s own country”. Ifeolu’s imagination ran so wild, and her thoughts so deep, that she created addictive characters like Logan; Bimbo Akintoye’s boyfriend, Celia and Sean; the office clowns of Barbara Pepper & Co- Bimbo and Logan’s workplace, Vera Garcia; Logan’s serpentine mother, Charlotte Babini; the lady who could lay down her life to have Neil as a lover, but whose feelings get reciprocated with platonic gestures, and Evans; Bimbo’s ex who we don’t get to meet until the tail-end.

Crowning up the chain of surprises is the fact that the novel houses a novella-within-the-novel, which is written by Bimbo, the intelligent Akintoye big sister who is not the regular mundane Accountant, but a passionate writer on the side. She titles the novella after Tobi, her little brother, naming it “Urgent Hope”, as his avatar in the novella, Timi, is the one who brings the glimpse of hope to the novella’s ending. The novella captures the story-so-far of the Akintoye family, making some dark twists and exaggerated creative speculations. For example, Bimbo’s Avatar, Kike, is an Auditor-slaying murderer who ends up butchering her sister for threatening to send her to the firing squad in Nigeria.

“Urgent Hope” might have been a tragedy, but She Needn’t Kiss the Knife most certainly isn’t, as somehow, everybody gets what they want, forgiveness births reunion, the bad guys die and the heroes live to see the next happy day. This novel turns the cliché of a happy ending into a phenomenon that is simply inescapable, given the naturalness with which things fall in place for the Akintoyes and their affiliates. It simply was meant to be that the Akintoyes would eat their cake and have it.

Published on March 2, 2021, She Needn’t Kiss the Knife is Victoria Ifeolu’s latest book and one of Xlibris’ most recent releases. To purchase the book directly from the Xlibris bookstore, click here.

Victoria Ifeolu is the Author of two novels and a collection of poems. Her previous masterpiece: I Call My Sexuality My God: My Shampoo and My Watermelon Juice (the poetry collection) was featured on one of Kenya’s leading newspapers: The Kenya Today. She has won awards for her literary works, two of which are the Nigerian Stored Products Research Institute Essay Competition for her essay: “Youth Participation: A Catalyst for Sustained Agricultural Productivity in Nigeria”, and the Mazariya Prize for Poetry for her unpublished poetry collection: Petals of Words. Eber & Wein selected her to be among the best Poets of 2020 for her poems: “When I Do Not Pay Attention” and “Burning Ocean”. She has also been published in The Tracery of Trees by the Poetry Institute of Canada.