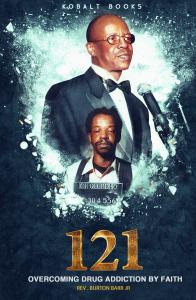 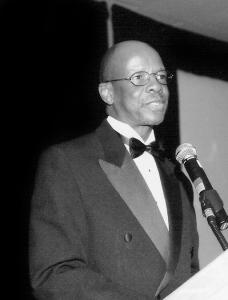 ST. LOUIS, MO, UNITED STATES, March 8, 2021 /EINPresswire.com/ — At the age of 20, Burton Barr Jr. was held down by a group of friends while they injected heroin into his veins, which started his 22-year drug addiction. At the height of his addiction and during his darkest hour, his father came to him. He didn't start preaching at Barr, telling him that he needed to quit. He didn't talk about the hurt and the pain that Barr was causing his family. He didn't even tell Barr about the damage that he was doing to himself. He just opened the Bible to a certain scripture, gave it to Barr and told him to read that scripture every morning before he left home. The scripture was Psalms 121.

“I remember crawling on my knees in an alley, looking for the syringe that I had thrown out earlier. I remember at least four times, my vision going black and waking up with my friends standing over me, telling me that I’d overdosed,” says Barr.

The documentary, “121: Overcoming Drug Addiction by Faith” was initially streamed directly on www.121-movie.com but now Amazon and Tubi have joined the effort to expand distribution from national to global.

“My goal for this year is to reach one million addicts and make them aware of how it is that I was delivered from my addiction to heroin, cocaine, crack and alcohol. I want to encourage them that if I can do it, so can they. If faith could be the foundation for my recovery, it can be the foundation of theirs as well,” says Barr.

Select Excerpt from “121”
When I come up against something that seems impossible to conquer, I think about that mountain. For 22 years of my life, that mountain was my addictions: heroin, cocaine, marijuana, crack, alcohol and sex. By continuing down the trail I was on, I wasn’t quitting drugs or any one of my addictions; I was quitting on life. Psalm 121, verse one says, “I look up to the mountains — does my help come from there?” I compare my “rock bottom” to the valley low of a mountain, but instead of looking up the mountain for help, I found myself on my knees, looking down for my syringe, in an alley. This is why I stayed in my addiction for way longer than I needed to and lost way more than God ever intended for me to lose.

“121” details how Burton Barr Jr. overcame his addiction to heroin, cocaine, crack, alcohol, cigarettes and sex by learning to harness and live out the words of the 121st Psalm.

ABOUT THE AUTHOR
Burton Barr Jr. speaks at prisons, churches and schools and serves as a Missouri State Opioid Response consultant to help prevent opioid overdose deaths. Barr is a member of the Criminal Justice Commission for the National Baptist Convention USA, Inc. and has earned both Bachelor and Master Degrees in Christian Education from Western Baptist Bible College in Kansas City, Missouri. He was awarded an honorary doctorate degree for his work in prison reform and criminal justice. Barr is also certified to teach Prison Ministry by the Sunday School Publishing Board of the National Baptist Convention.