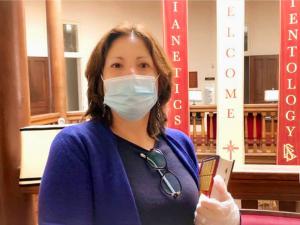 Share Gisela’s excitement about studying once more at the Church of Scientology and Celebrity Centre of Nashville, Tennessee. 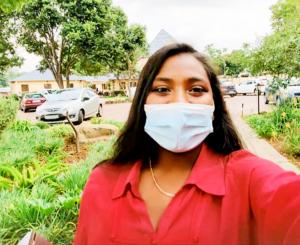 In Johannesburg, South Africa, Kya shoots a video of herself as she enters her church, eager to continue her own studies of Dianetics. 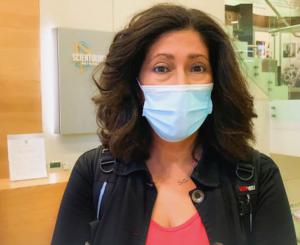 Like her fellow Scientologists from America and South Africa, Magali is happy to be back at the Church of Scientology Sydney, progressing in her studies of Scientology and Dianetics.

Scientologists@Home, a series on the Scientology Network, continues to publish new videos daily of Scientologists of all nationalities, ages and walks of life.

LOS ANGELES, CALIFORNIA, UNITED STATES, February 25, 2021 /EINPresswire.com/ — Wearing a facemask and vinyl gloves, Gisela Willey pulls up to her church—the Church of Scientology and Celebrity Centre of Nashville, Tennessee. She parks and walks up the steps, saying “Follow me” as she enters the building. In her Scientologists@Home video on the Scientology Network she says, “finally, I feel like I’m at home again.”

After having her temperature checked with a no-contact thermometer, she heads for the second floor of the church where she is studying the book Dianetics: The Modern Science of Mental Health by Scientology Founder L. Ron Hubbard. She says reading the book has helped her understand people much better, how they react and why they do what they do.

In Dianetics: The Modern Science of Mental Health, Mr. Hubbard described his breakthrough discoveries on the reactive mind—the single source of nightmares, unreasonable fears, upsets, insecurities and psychosomatic illness. And he laid out a simple, practical, easily taught technology to overcome the reactive mind and reach the state of Clear.

By studying Dianetics, available in 50 languages, and other Dianetics and Scientology basic books and lectures, the individual not only gains an understanding of what makes people tick but also the ability to help others.

Across the Atlantic Ocean and some 8,500 miles southeast of Nashville, Kya shoots a video of herself while entering the Church of Scientology of Johannesburg, South Africa, carrying the same book, which she finds “extremely interesting.”

Another 6,800 miles farther east, across the Indian Ocean, Magali enters the Church of Scientology Sydney, also eager to resume her study of Dianetics. “I’m having lots of wins and I’m really glad to be back,” she says.

As Scientology Churches across the globe reopen for service, parishioners know every precaution has been taken to ensure they can further their progress in Scientology in a completely safe environment, surrounded by others who are taking responsibility for their own health and the health of others.

As described in “Scientology: 20/21—A Look Behind & A Look Ahead,” an interactive timeline on the Scientology website, before reopening, every Scientology Church was safeguarded with the world’s most powerful decontamination system—as safe as it is eco-friendly and effective. This came to more than 12,000,000 square feet of spaces protected.

Educational booklets are always available at Scientology Churches that make it very simple to understand the basics of how to stay well. Protocols are strictly enforced and backed up by signage as a gentle reminder of the dos and don’ts. And the entire Church is rigorously disinfected throughout the day.

Scientologists@home is updated daily with new videos sent in by Scientologists from across the globe. Each shares their story of how they are keeping themselves active, happy and productive in these challenging times.