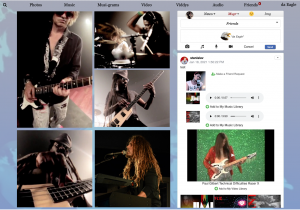 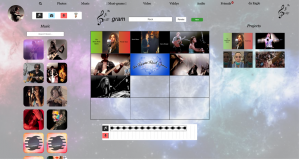 MOS-21 Photo-pro provides state of the art photo editing without having to download expensive and complicated photo editing programs to your computer because it is available on every Song fi members page. 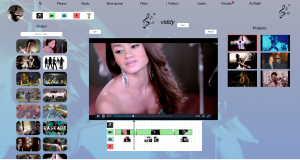 All Song fi member have access to the revolutionary MOS-21 online video editing suite that allows all the videos from your phone and other locations to be editing and produced into high end productions for personal and business use. 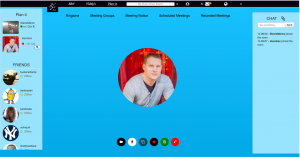 Every Song fi member has on-demand video conferencing for desktop and mobile applications with built in teaching aids to assist parents with in home learning.

Song fi is not a political platform but rather a home for the “Arts” and the “People” with music, video, film and robust social media that is about respect and free speech.”
— Stevie Marco

WASHINGTON, DISTRICT OF COLUMBIA, UNITED STATES, January 29, 2021 /EINPresswire.com/ — How can a company like Song fi ever compete with Big Tech and expect to become successful? Not only can we compete, we can bring about a paradigm shift in consumer technology that is focused on the “Arts” and the “People”. This mandate is reflected in the founding documents of the company wherein the first 100,000 members of Song fi own 10% of the gross profits of the company. Musicians, writers and filmmakers who post their original content on the Song fi Broadcasting Network "SBN" also collectively receive 12 % of the gross revenue of the company which creates meaningful long term compensation for the arts.

Songfi.com holds a competitive advantage over Big Tech because they provide services piecemeal, while Song fi provides those same services collectively through our Multimedia Operating System “MOS-21”. A good analogy would be Home Depot, where consumers visit one location and get everything they need for their home. The same is true with Song fi, but for technology. Not since Steve Jobs has such astounding innovation to graphic interface technology been achieved.

The world is now hip to the motives of Facebook, YouTube and the other tech monopolies because the novelty has worn off as we realize we have been duped by the sting of “relentless targeted ads and intentionally compromised personal information”. We are being surveilled everywhere we go, like a jailer’s ankle bracelet, in the form of a cell phone with the internet becoming a giant shopping mall that won’t leave us alone.

The point is Facebook and Google are not the product, we are, because our data is being sold to the highest bidder as we are harassed by texts, phone calls and pop-up ads. Equally concerning is where our personal data is going as Facebook and other Big Tech sell it to third parties without our knowledge or consent. In order for Song fi to become the next great technology solution, we have eliminated the hijacking and resale of personal data as a requirement for success. Song fi also delivers a far better product and service compared to Big Tech, while at the same time protecting the public and the youth from harm. With the release of MOS-21, combined with bulletproof privacy protections and reinvented social media, a great new company will rise.

Song fi is all about social media done right. American laws that apply to society also apply to the internet. It is therefore a crime to threaten someone with bodily harm, publish child pornography or participate in other conduct that violates the law. If such content is posted, Song fi has a legal duty to remove it, and we will. It is not up to Song fi however, or any other internet service provider, to become a fact checker of truth relating to politics or other subjective matters of free speech. Once censorship starts, online platforms become the publisher and lose their liability protections under 47 U.S.C. § 230, of the Federal Communications Decency Act.

A key asset of Song fi is that we are not a political platform. Song fi is rather focused on music, video, film and other forms of entertainment with a robust social media component that is about respect and free speech. You can talk politics if you want, no problem, but politics do not remotely define Song fi. This fact sets the company apart and delivers a powerful and positive message through music and the arts with a robust and respectful social media component. Everyone agrees that a line in the sand must be drawn between free speech and violations of law and Song fi will be the leader in striking that balance with social media reform and a Terms of Service in the best interest of the "Arts" and the "People".

“Song fi believes in organic person to person social media communications and refuses to create artificial intelligence algorithms that take you down a potentially dangerous path”, said Song fi founder Stevie Marco. Something that most people don’t realize is that a major percentage of Facebook ad revenue comes from users promoting their pages. For example; a Facebook page with bad intentions can buy limitless ads to promote their page. This activates algorithms that distribute targeted ads to as many people as their advertising dollar will buy. This is a major problem that leads to brainwashing and outlandish conspiracy theories spreading like wildfire. Song fi solves this harmful and divisive Facebook policy by way of our “ad free subscription model" that is affordable to everyone. Song fi members, albeit individual or business, cannot buy ads to promote their pages so the potential for brainwashing and dangerous rabbit holes is forever eliminated by a fundamental policy shift. Song fi social media is organic and person to person involving friends, family, business associates and others, but never driven by an ad model computer algorithm designed to lure someone into a potentially dangerous place", said Stevie Marco

Song fi's Multimedia Operating System MOS-21 also changes the game with robust content integration allowing members to click on any photo in their gallery and be taken into advanced editing mode where photos can be cropped, mirrored, overlaid and merged together with text, art inserts, opacity, gradients and many other state of the art graphic interfaces that can be integrated with music, voiceover, video and art to create “Musi-gram” and “Viddy” productions. Song fi messenger also has new assets currently not available in any other messaging service for content creation, security, sharing, organization and storage. MOS-21 also delivers video conferencing on every Song fi members page with teaching aids to assit parents with in home learning.