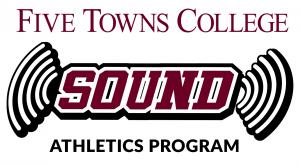 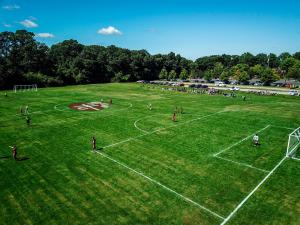 DIX HILLS, NY, UNITED STATES, January 15, 2021 /EINPresswire.com/ — For the 2021-2022 season, Five Towns College Sound Athletics Director Matt Guercio has announced that Men’s and Women’s Cross Country will begin competing as a varsity sport. The teams will compete in the Fall 2021 in the Hudson Valley Intercollegiate Athletic Conference (HVIAC). With the addition of Cross Country to the Sound’s line-up, Five Towns College has now moved up the number of varsity sports to nine.

Head Coach for the Men's and Women's Cross Country teams is Leonora Petrina. Petrina earned her Bachelor of Science in Business Management from Stony Brook University and is currently the Varsity Girl’s Track Coach at Half Hollow Hills High School West, as well as the Varsity Assistant Field Hockey Coach. She will help the team move to success in the upcoming season!

Additionally, the Sound Athletics program named Carlos Barros as the Goalkeeper Coach for the Men's Soccer team. Barros has played varsity soccer at Mineola High School and at the collegiate level at Molloy College helping both teams to win championship competitions and conferences through the years.

Last, but certainly, not least, the Five Towns College Sound has launched an Esports Program with Head Coach Thomas O’Keefe. “Thomas has a wide variety of experience and a detailed approach to competitive gaming,” said Athletic Director Matt Guercio. “I know he will be an outstanding role model for our student-athletes. I look forward to watching him take this sport to new heights under his leadership.” The Sound Esports team is scheduled to compete in the East Coast Conference (ECC) in the Spring 2021 semester. Currently, Five Towns College will compete in the following games hosted by the ECC, with the potential to add more game titles in the future: Overwatch, Valorant, Rocket League and League of Legends. Adding to the excitement, HyperX was named as the Sound Athletic program’s Official Gaming Peripheral Partner.

Five Towns College looks forward to the many student-athletes who have joined the institution. In addition to Cross Country and Esports, Sound Athletics has Men’s and Women’s Basketball, Soccer and Volleyball. While Five Towns College student-athletes tend to enroll in the Business, Mass Communication and Interactive Computer Graphics programs, they join a campus that is typically abuzz with campus events and interesting activities. At Five Towns College, students have the best of all worlds-a suburban, congenial campus with a stellar faculty, first hand experiences that encourage learning, professional participation, dedicated advisors, and a mission driven by creativity all close to New York City.

Fall 2021 applicants who submit all required documents by March 1, 2021 will receive an admissions decision within 30 days. If accepted, these applicants will be entitled to a one-time Early Action Incentive Grant (EAIG) of $1,000. To receive this EAIG, students must indicate that they are committed to the College by submitting an enrollment deposit of $200 in the following 30-day period.

For those starting college this Fall 2021, there is still time to apply. Contact admissions@ftc.edu or call (631) 656-2110 or go to https://www.ftc.edu/request-more-information/ to learn more. We look forward to moving you forward to a successful college experience!