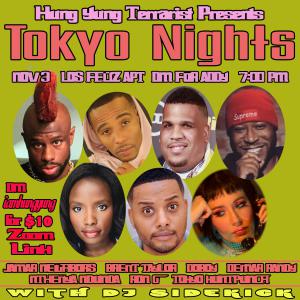 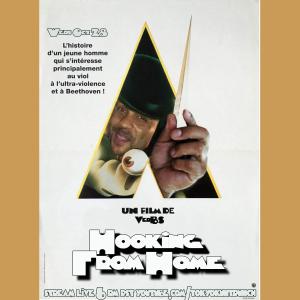 For your election night blues, I will be providing awesome, live comedy from LA’s finest, and give you a set to set update on election results with a big slice of Kuntpunch”
— Tokyo Kuntpunch

“For your election night blues, I will be providing awesome, live comedy from LA’s finest, and give you a set to set update on election results with a big slice of Kuntpunch,” says Tokyo. “This will be a socially distanced show, masks are required for entry and temperatures will be taken at the door. There is a 20-person cap in the apartment and zoom link will be provided for anyone else who would like to attend from anywhere in the world!”

Tickets to Tokyo Nights for in-person and online can be purchased by DM at www.Instagram.com/iamhungyung

The Tokyo Nights comedy showcase will also be Tokyo's goodbye for now to her Los Angeles friends and colleagues.

“It’s kind of a “Pandemic Farewell Party” because I will be moving to New York later this month,” says Tokyo. “This will be my last LA Tokyo Nights for awhile so I hope to have my local fans come for this special night!”

This evening Tokyo will be welcoming HipHop multi-media recording artist VerBS to Hooking From Home live tonight at 9pm ET/6pm PT on YouTube at www.youtube.com/tokyokuntpunch

“VerBS gave me my first shot performing my self-titled Hung Yung Terrarist record at one of his after-hours in Downtown Los Angeles. I was immediately drawn to him and we have been tight ever since,” says Tokyo. “He hipped me to his monthly event called Bananas in Liemert Park, and he alone changed my feelings on LA and the music scene, which is saying a lot because I not only grew up here, but am a native!”

You may also get Hooking From Home on Apple https://podcasts.apple.com/us/podcast/k-ntpunch-drunk/id1509315264b on Tokyo’s website https://www.tokyokuntpunch.com/podcast and on all other internet providers. Please feel free to rate and review.

Tokyo Kuntpunch hails from projects of Beverly Hills and more recently MacArthur Park, the most famous drug park in Los Angeles. She spent her formative years in the cult depicted in the Netflix documentary "Holy Hell." Kuntpunch also performs music under her moniker, Hung Yung Terrarist and you can check it out here www.hungyungterrarist.com She speaks seven languages, and raps in three on her latest self-titled album, “Hung Yung Terrarist,” including French and Dothraki, the fictitious language from the hit series "Game of Thrones.” She has over 1M plays on Spotify, 750K video views in Japan, and 317K video views in Asia.

Kuntpunch has performed at The Comedy Store, The Stand, The Ice House, The Laugh Factory, and appeared on Kill Tony. After that appearance Tony went on to talk about her on The Greg Fitzsimmons podcast and with Adam 22 on the No Jumper podcast. Tokyo has been a guest on SiriusXM’s All Out Show, Karen Hunter, The Bonfire, I Want Radio and The Christy Canyon Show, as well as on popular podcasts, Race Wars, Jason Ellis’ High and Dry, The SDR Show, The Chip Chipperson Show, The Wet Spot, Mornin’ with Bill and Joanna and In Hot Water. She most recently appeared on 50 Cent’s website This is 50 https://thisis50.com/?s=hung+yung+terrarist