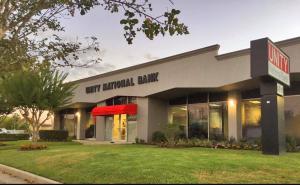 Bank of America’s investment in Unity is a huge push to drive tangible progress in making systemic changes and reforms that address economic and racial disparities.”
— Unity’s Chief Executive Officer, Laurie A. Vignaud

Unity’s Board Chairman Dr. Kase L. Lawal said, “Unity remains committed to the vision of providing banking services to historically underserved businesses and individuals during these trying times. Bank of America’s investment in Unity will strengthen our core community banking philosophy especially during the COVID-19 pandemic.”

The investment is part of Bank of America’s focus on investing $50 million in direct equity investments in Minority Depository Institutions (MDIs) as part of a broader $1 billion, four-year commitment to advance racial equality and economic opportunity.

Unity’s Chief Executive Officer, Ms. Laurie A. Vignaud said, “Across the country, African Americans are disproportionately suffering from the impact of both the COVID-19 pandemic and its economic fallout and have struggled to access federal aid programs designed to mitigate the damage. Bank of America’s investment in Unity is a huge push to drive tangible progress in making systemic changes and reforms that address economic and racial disparities.”

“The investment Bank of America is making in Unity, as well as other MDI’s, is part of our commitment to advancing racial equality and economic opportunity as we work to create more pathways to employment and provide more support for minority entrepreneurs,” said Hong Ogle, Houston Market President of Bank of America. “We remain committed to helping support further lending to Black, Hispanic-Latino, and other communities of color.”

About Unity
Unity, originally founded in 1963 and later chartered in 1985, is the only African American owned banking institution in Texas. Banks like Unity popped up across the nation during the 1960s civil rights movement. Unity’s leadership remains committed to the vision of providing banking services to historically underserved businesses and individuals and developing the bank into a dynamic banking franchise, serving a diverse customer base. In addition to its inner-city headquarters located in the heart of Third Ward Houston, Unity opened its first branch in Missouri City, Texas, Fort Bend County, in 1998. Unity intends to continue building a banking organization with multiple branch locations in the Greater Houston Metroplex to provide convenient and professional service to all of its customers. In March 2018, Unity opened an Atlanta, Georgia, branch allowing Unity’s rich legacy to continue in a community well positioned to support and utilize a new minority bank.

Additional information may be found at www.unitybanktexas.com.