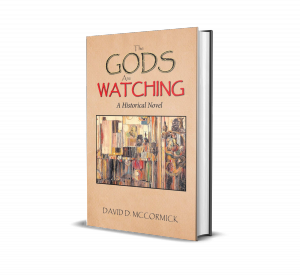 The Gods Are Watching: A Historical Novel 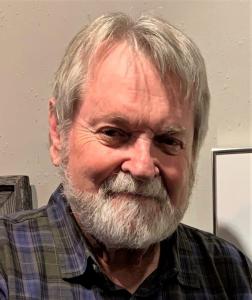 PEMBERTSON, NEW JERSEY, USA, August 6, 2020 /EINPresswire.com/ — Filled with themes that, together, make for an image of a civilization in embers, The Gods Are Watching is an ingenious telling of how an invitation for the Minoan artist Paleus to create a masterpiece in Egypt turns into a trap he needs to survive while on a creative mission. The setting is in 1500 BCE, when the Prince of Egypt invites Paleus, the Minoan king’s celebrated artist, to paint a mural in Egypt’s royal palace in Thebes.

Unknown to Paleus and his friends and family, they are being thrown into an empire still reeling from years of war. He needs to maneuver into the completion of the task at hand as they easily get caught up in political intrigues, rebellion, and an assassination attempt on the royal family. Paleus must use his wits to deal with natural disasters, uninvited passions and powerful magic—and appease the Egyptian gods—to survive the surrounding chaos and complete the mural.

David D. McCormick wrote The Gods Are Watching as an action-packed sequel to his first historical novel, Dark Labyrinth. An art history professor for over 30 years and a visual artist (painting and drawing), McCormick immersed himself in the genre after taking his students on a tour to Greece in 1998. During the tour, they stopped in Crete and Santorini where he saw the wonders of the ancient Minoan civilization. Three years later, he returned to Greece to research Dark Labyrinth, which is about an artist who lived during those times. McCormick is currently retired and living in Kerrville, Texas.

With its thrilling sequences and intriguing subplots, The Gods Are Watching warps time for the readers and draws them into an imaginative journey whose factoids prove that the present is very much a reflection of the past.

About Writers’ Branding
Writers’ Branding is a full-service self-publishing company that provides aspiring authors exclusive access to publicity and a pool of book evaluators and marketing creatives and bridges them to literary agencies and traditional publishing houses.