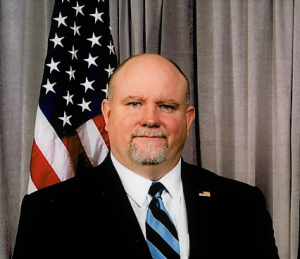 NANUET, NEW YORK, UNITED STATES, April 3, 2020 /EINPresswire.com/ — Bryan Paarmann's FBI experience has served him well as he applies these experiences to the world of leadership. His long term commitment to public service allows him to utilize his unique experiences and apply them to an ever-changing landscape. Ever since Bryan Paarmann graduated from West Point, he has dedicated himself to helping others.

This is how Bryan Paarmann became an FBI veteran. He's spent his entire life serving his country in various capacities. Bryan Paarmann has a wide field of experience, whether it is serving as an infantry officer for the US Army or working tirelessly to rid the streets of dangerous criminals and terrorists in his former capacity with the FBI.

Public service means everything to Bryan Paarmann. Bryan Paarmann joined the FBI back in 1996 and he was able to carry on a proud family legacy by doing so. His father served for the FBI for a 28-year-old period, stretching from 1952 to 1980. As a second-generation FBI agent, Bryan Paarmann carried on a family tradition of honorable service to the nation.

He proudly honored his family legacy by accepted his father's FBI credential number which was presented to him upon graduation from the FBI Academy by his father himself. For Bryan Paarmann, FBI service was a way of life and a calling. Bryan Paarmann's FBI work took him to all sorts of disparate locales. He spent time in offices all around the country and the world and this is how he sharpened his leadership skills.

Since Bryan Paarmann contributed to a variety of cases in so many locations, this gave him a foundation of experience to build upon. He was given a great deal of responsibility in ever-increasing leadership roles with the FBI. Serving as the head of the NY Joint Terrorism Task Force was the pinnacle of his career. Bryan Paarmann’s FBI experience also extends to their Criminal and National Security mandates.

While he has retired from active service with the FBI, Bryan still remains committed to public service. The assignments that he received with the FBI consistently grew and he was entrusted with greater levels of responsibility. The scope of his assignments also increased over the course of time.

The lessons that he learned from the FBI can easily be applied to his current leadership. After leading one of the nation's most dynamic multi-organizational counter-terrorism teams, Bryan Paarmann has seen and managed a great deal of significant crisis situations. The decades that he has spent handling various FBI duties have prepared him for a wide variety of possible situations that could come his way.
.
Great leadership depends on an ability to be flexible and adaptable. The best leaders are able to conform to and manage any situation that is placed in front of them and Bryan's FBI service has given him the tools that he needs to be able to accomplish this. After his honorable retirement from the FBI, Bryan is now positioned to continue in a leadership role and apply the lessons he has learned to a new position in his next chapter of service.