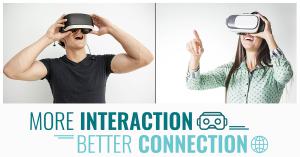 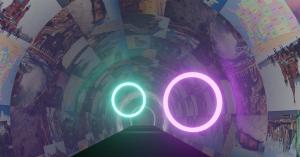 Now Seeking Community Support via Kickstarter, This Game is One Step Ahead of Social Networks in Joining the Humans.

DENVER, COLORADO, UNITED STATES, March 26, 2020 /EINPresswire.com/ — The actual situation forces us to be separated, let's use virtual reality to re-connect with others. With more human interaction, better human connections can be made and keeping this simple fact in mind, a Colorado based American game development team has blended innovation and technology in a whole new way. This new virtual reality based game is called Human Connection, and it takes the concept of connecting the worlds to the next level. Moreover, the game developers have recently launched a crowdfunding campaign on Kickstarter, and they are welcoming generous support and backing.

“Players will be able to solve challenges with anyone in the world and will learn about new cultures as well as new people in this collaborative game.” Said Felipe Berckemeyer, a seasoned American educator and the founder of Human Connection, while introducing this project to the Kickstarter community. “The random factor makes each game different and it is fun not to know the partner that you will play with.” He added.

About This Project
Human Connection is an emerging new virtual reality based game that is based on connecting humans from around the world. The offers a unique VR gaming experience that is blended perfectly along with social networking and the end result is phenomenal. Moreover, Human Connection is already creating a major buzz worldwide, and is getting great response by the fans.