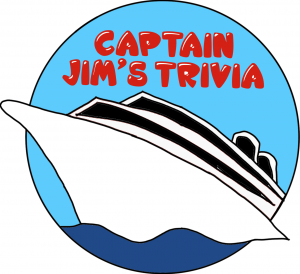 A scene in a place where… no one expects a scene

HASTINGS-ON-HUDSON, NY, USA, March 26, 2020 /EINPresswire.com/ — Of all the gin joints in all the towns in all the world, we were lucky enough to walk into one with every type of person. Bar flies, nerds, date-nighters, cougars, a business guy with a pocket square on the prowl for said cougars, even a family with a preteen who collectively referred to themselves by the team name “The Kid with the Fake ID.”

Instead of the ambiently-volumed top 40 or defanged jazz music I would have expected, I heard Jimmy Buffet and the Bee Gees coming out of a giant speaker someone had clearly shlepped into the bar area for the occasion. Did I mention it was a Thursday? In the suburbs (Hastings-on-Hudson, NY, a town with almost as many letters as people)?

Soon enough, the festivities began. A local bartender wearing a novelty hat picked up a microphone and welcomed everyone to “Captain Jim’s Trivia.” For some reason, it just made sense — while I would venture that he had very little seafaring experience, he was the type of guy who probably could have had some had he grown up in a different place and time, a real ‘dude.’

For the next hour-and-a-half, the “Captain” asked questions as people ordered everything from cheap beer to martinis where they were very specific about just how “dirty” they wanted it. Suits next to track pants, lawyers, writers, middle managers and security guards.

It was a scene, man.

“Jim” (actually his name!) scored all the papers, announced the scores, and explained the rules even though I got the sense everyone already knew them, just in case there was a newcomer. People clapped for each team as the scores were read. A team named “the Notorious M.O.M.’s,” had an early lead over the locals at the bar and regular contenders, “the Hastings Hurricanes.”

There it was — the Brooklyn and Inwood invaders and the townies, even a team of ringers which, to the delight of all, got edged out in the end by a regular group called “What the Shuck,” which (fun fact!) has a team member deathly allergic to shellfish. Death be damned at Bread & Brine, the seafood shack that hosts Captain Jim — they had a standing reservation each week and, apparently, were the only team that had paid attention during the movie I Am Legend enough to answer a question about it.

It didn’t just happen. It turns out that “Captain Jim” was a local bartender with the panache of a standup and the affability of the uncle you just have to like. He goes through dozens of legal pads writing questions. When someone gets too… excited… he calls on his bartending experience to keep order, never controlling, but always in control. He never expects anyone to get as many questions as they do, but no one has ever gotten them all right. Being a fun team seems to be what makes those who compete win much more than any particular knack; there’s no MVP’s, although a Jeopardy contestant is a regular.

At the end, Jim says ‘hi’ to everyone like they are at tables at his wedding, then sits at the bar for a cold one. It is, without a doubt, what you are missing. See https://www.captainjimstrivia.com – it’s now online for the remainder of the virus wait-out. You’re welcome.