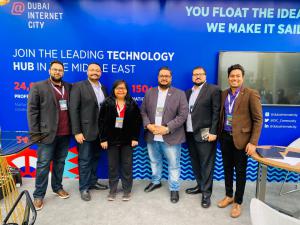 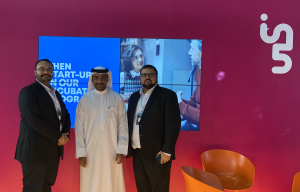 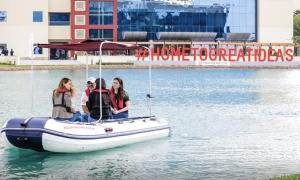 The Floating Pitch competition in progress.

The release talks about the talent Pakistan has as far as the startup ecosystem is concerned. Showcasing talent on a global platform.

DUBAI, UNITED ARAB EMIRATES, February 16, 2020 /EINPresswire.com/ — With an overall 8000+ attendees and 400+ startups, Team Magnus Technologies attended one of Middle East's largest entrepreneurship events, STEP 2020 in partnership with Dubai Internet City. The event was a great opportunity for startups and young entrepreneurs to connect with investors and mentors from across the globe.

Zain Moosa, co-founder, Magnus Technologies at the conclusion of the two-day conference stated, “We were absolutely delighted to be attending and taking part in this year’s STEP Conference representing Pakistan and showcasing the talent we have.”

Ashraf Kalim, co-founder, Magnus Technologies added, “We have always tried to do our part in assisting, mentoring and promoting Pakistan’s local talent and we’ve done exactly that this STEP Conference.”

The highlight of the event was in5’s “Floating Pitch” competition. Participants were taken on a 7-10mins boat ride along the Dubai Internet City lake where they were to pitch their startup idea. The event featured startups AzaadHealth and Queno which represented Pakistan at this mega gathering; both of which participated at the pitching competition. With over 100 startups pitching, the competition was won by AzaadHealth. Jehan Ara, founder of the Nest IO and President of P@SHA were also amongst the present including Serial Entrepreneur, Roger Dawood Bayat and Umair Nizam, Vice President of Ecommerce Gateway Pakistan.