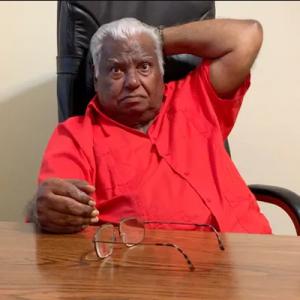 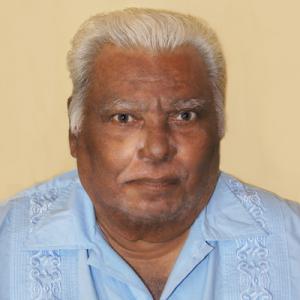 “Science is extraordinary, but there are questions it cannot answer,” says Harribance. “People doubt anything that seems new or flies in the face of generally accepted convention, but this is simply about our ability to access the subconscious. It’s about using psychic abilities to promote spiritual and human development in mankind.”

SHIPR was first established in August of 1995 with the primary focus being the study and research of Harribance’s psychic abilities.

Lalsingh “Sean” Harribance was born to an East Indian family in southern Trinidad in 1939. After leaving school during his teenage years, a man named Richard Jackman, Editor and Manager of the Trinidad Guardian became aware of Harribance’s abilities, and the accuracy of his predictions. He took Harribance to Dr Hamlyn Dukhan for testing to document the full extent of his abilities, who corresponded with Dr J.B. Rhine.

“When I was younger, I could tell what people had in their pocket,” recalls Harribance. “As I grew older, I could make predictions. I take the energy from my brain, the information of the subconscious mind, and project it.”

After several years of testing, Harribance was then invited to the Foundation for Research on the Nature of Man to be further studied by Dr. Rhine, considered the father of modern parapsychology, in 1969. Harribance worked with Dr. Rhine, Dr. William G. Roll of the Psychical Research Foundation, and various visiting professors and researchers. Fifty-one papers have been published in scientific journals as a result of work done with Harribance. His tests were presented to The American Association for The Advancement of Science in 1970.

Since then, Harribance has continued to demonstrate his abilities were genuine, astounding scientists. He is currently working with MD Anderson in a test to see the effect of his healing energy on mice with cancer. The article from April 2019 is available on the SHIPR.org website. SHIPR is currently seeking funding to continue its research into Harribance’s abilities and identify other proven psychics.

Listen to the show on BlogTalkRadio