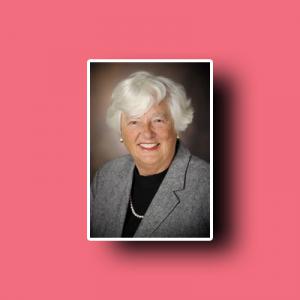 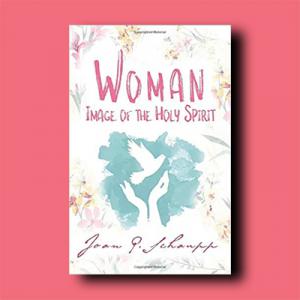 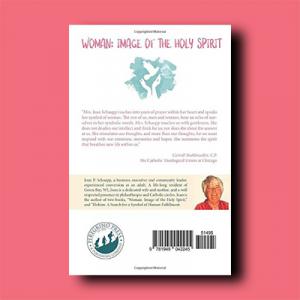 GREEN BAY, WISCONSIN, UNITED STATES, November 20, 2019 /EINPresswire.com/ — Referring to God as “She” is not blasphemy. It's not even unbiblical. The view of women embraced by the Church has blinded us to the obvious truth of God as Mother.

Joan Schaupp is a political theologist: that is, she studies the intersection of political science and theology.

Joan is perhaps best known for her book Woman: Image of the Holy Spirit (1975), a groundbreaking study of the feminine spirit implicit in the Triune Godhead, with emphasis on the Holy Spirit. The book has been republished this month by Peregrino Press.

“God is greater than femininity. God is boundless,” says Joan, “But God includes the feminine. The feminine nurtures, protects, accommodates herself to the needs of others. She nurses, heals, teaches, guides, consoles, inspires. She is more concerned with inner space.”

Woman Image of the Holy Spirit, an exploration of the divine feminine in the holy texts. In her studies of the Hebrew Bible, as well as the Apocrypha, Joan discovered numerous instances of the feminine identified with the Holy Spirit.

“Jesus himself was incredibly radical with respect to his treatment of women,” says Joan. “He treated women as equal, even Mary Magdalene.”

A prolific writer, Joan is the author of several books on the subject of religion, including Jesus Was a Teenager and Elohim: A Search for a Symbol for Human Fulfillment.

“I consider myself a JCP, a Jewish Catholic Protestant. I’m a catholic with a small c, which to me means universal,” says Joan. “I'm a JCP because I've taken so much from the Hebrew Bible for my thinking.”

A strict constitutionalist, Joan has also explored our Constitution’s foundation in the Hebrew Bible.

“I believe the Hebrew Bible is absolutely foundational to our constitutional republic and Western civilization,” says Joan. “Judaism is a system of emotional discipline derived from Torah, the rule of law. The Greek’s concept of happiness depended on virtue and emotional discipline through civic duty.

“The fact that a person was created by God in the image and likeness of God, comes into the founding in our Declaration of Independence: ‘We hold these truths to be self-evident that all men are created equal, endowed by their creator with certain inalienable rights: life, liberty, and the pursuit of happiness.’”

CUTV News Radio will feature Joan Schaupp in an interview with Jim Masters on November 22nd at 11am EST.

Listen to the show on BlogTalkRadio.

Woman: Image of the Holy Spirit is available on Amazon