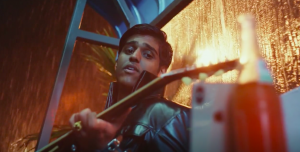 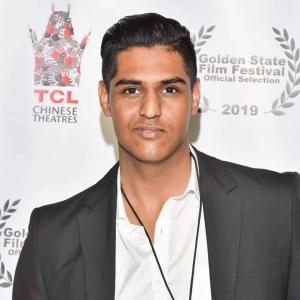 Divyansh Sharma at the premiere of “Graffiti” at Chinese Theatre 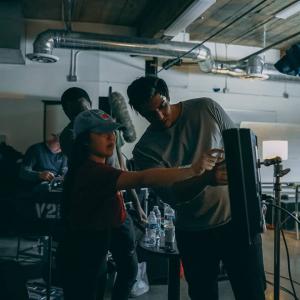 Sharma on the set of Cigarettes in December

Indian born Actor Director Divyansh Sharma says " Representing a country of billions is a blessing. Would love to do projects with Netflix to reach audiences.

LOS ANGELES, CA, UNITED STATES, September 11, 2019 /EINPresswire.com/ — Indian born Sharma who resides in California has been the talk of multiple film festivals across the globe. Sharma came to the states on a scholarship in pursuit of a B.F.A in Acting at the American Musical and Dramatic Academy. He has ”taken to writing, directing and acting in films in order to rebrand Indians in Hollywood and break the status quo.” And so far he has not disappointed.

At the age of 22 , Sharma has garnered over 30 awards for his debut film Graffiti which premiered at the Chinese theatre and launched on to the global scene portraying king of rock and roll Elvis Presley in Apple’s Facetime commercial. His current award winning film Cigarettes in December has started a successful festival run with Sharma winning Best Drama and Best Actor at the Los Angeles Film Awards along with another Best Drama award at the prestigious Italian film festival Oniros Film awards." Here is the link to the trailer of the film

Sharma who has been cast in Origins Productions first Feature film “A Dream in Frames” will portray a struggling Indian-American Actor who has to jump through the hoops of Hollywood to land his first role. Sharma says “It is an exciting time and to be able to represent a country of billions is nothing short of a blessing. Netflix is making media so approachable to global audiences. And India is a country where cinema has always been ingrained in our lives and the audiences have become smarter and aware. They demand quality content. I believe a film like A Dream in Frames is a perfect fit for such an audience and steaming services. I would love to work with Netflix both in India and the states to make that happen."

A swiftly rising actor director in the International entertainment industry. Sharma has worked with some of the most talented and recognizable industry professionals. Among them Academy Award Winning Swedish cinematographer Linus Sandgren known for “La La Land”, “American Hustle” and “First Man”. Widely published American Celebrity photographer Tony Duran, who has been known to express “unrivaled artistic vision” and Cannes Lion Award-Winning director Dougal Wilson whose work includes music videos “Life in Technicolor II” for Coldplay, “Tribulations” for LCD Soundsystem and “Who am I” for will Young.

"As a storyteller I believe steaming services have made it possible to tell important and necessary stories. Stories that don't need a massive budget but just a platform. And if films are a conveyor of important ideas disguised as entertainment. Then streaming services are the modern day Gutenberg printing press. It's no short of a miracle that so much of quality entertaining content is just a click away."