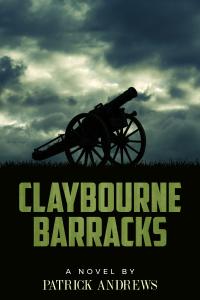 A riviting novel written in the James Jones tradition 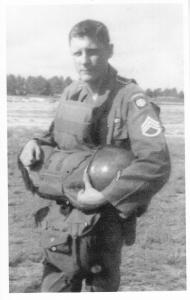 Author in the early days

Claybourne Barracks is a work that examines the inner soldier and his place in the military culture. It is a perfect fit in the pantheon of great American military literature.”
— Donagh Bracken

PALISADES, NEW YORK, US, September 29, 2018 /EINPresswire.com/ — The writer many consider to write in the tradition of James Jones and Ernest Hemingway agreed to write five novels with military settings for History Publishing Company. The first, "Clayborne Barracks", a story set in a U.S. Army Barracks in Indiana in the early summer of 1894, is the first. In the classic Jones tradition, one soldier is up against the establishment in an early Twentieth Century Army.

A veteran of the U.S. Army’s 82nd Airborne Division, the author, like Hemingway, knows of what he writes and that knowledge brings life to his characters. When he creates, he creates so truly that when subsequent events occur they are natural consequences. Like Jones who followed Hemingway, Patrick Andrews following Jones, peers into both the soldier’s life and soul in both combat and stateside as he struggles with his inner self and his relationship to the world outside.

“History Publishing Company is honored to have Patrick Andrews bring his novels to our expanding historical fiction imprint,” said publisher Donagh Bracken, “'Claybourne Barracks' is a work that examines the inner soldier and his place in the military culture.It is a perfect fit in the pantheon of great American military literature.”

Patrick Andrews is a military novelist of long standing; many of his early works dealing with the U.S. Army’s early days in the American West. He was also contracted to write screenplays for the television production of "The Unit", a fictional series about a U.S. Army Special Forces unit.Having served in the Army’s 82nd Airborne Division he knew well of what he wrote.He brought that knowledge and feel to "Claybourne Barracks" which will be available worldwide through the electronic distribution services of Amazon, Barnes and Noble, KOBO, Overdrive, and six others. It will be released in print in November, 2018.